A downloadable game for Windows, macOS, and Linux

Notice (2/19/2019)
We have a Discord now! Feel free to use it to discuss the game, offer suggestions, or squad up.
https://discord.gg/WpGZ9bu

Reverted singleplayer so the squad member count is determined by the selected difficulty. Fixed bug with invincible infected in multiplayer.

Let me know if you experience any issues, or have feedback!

Read about the current state of Control Room here:
https://cajji.itch.io/control-room/devlog/102190/update-v162

A laboratory conducting human experiments goes into lock down. With rescue on the way, you must learn to monitor the outbreak and communicate with security in order to survive.

This is the Control Room.

...This is the most secure room in the bunker, so as long as you do your job you should be able to keep us all safe, but if it comes down to it, we have a security pistol for you over here. Again, this should only be used as a last resort. Well, I’ll leave the rest to you, techy. Remember, keep your eyes on the cameras. If you need anything, you can use the intercoms to reach me.

It was lagging on my crap pc :( but I hope I could play it.I tried it on my other pc and it was pretty fun but I hope I can play with my brother on the old pc:p

can we play with bot units in multiplayer

Unfortunately not :(. Only in single player.

Bro this game is lit, had a lot of fun playing whit a friend.Even tho i think that its hard even on easy mode. I Just hope you keep updating this game because i love the idea. Keep up the good work bro.

I love this video, especially at 6:30 LMAO. I've never actually seen that bug where another player can control your gun, but it's pretty funny.

Glad you guys like the game, thanks for playing!

Very good game!, i would love to see more maps implemented into the game. very nice game i hope to see that this game develops and becomes more populated.

Love this game! Plays super great! You went for gameplay first over graphics and I approve! The game runs great, and with multiple people, itends up being super fun. Having one guy assist via a control panel, and the rest scanning the facility for the cure ingredients is just great fun!

I love this game, unique idea and vibe makes it awesome. However, even though everyone claims it is too hard I find it too easy. I have never lost (just once to see what happens) and I have tried every map on insane, I have even tried putting just one assault on each unit. Maybe my strategy is just too OP (can tell some more about it). Anyway it needs optimalisation.

Edit: The below issue has been fixed with the recent update!

I have to agree with you. In the most recent update I adjusted the difficulties so that the player has a full squad regardless of which difficulty setting they choose, but I think this may have thrown off the balance too much. I'm thinking I may revert that design choice to bring back the original difficulty, but I also want to add something new with that update when I have time.

Thank you for playing!!

this game only for big boys

mars rover did it

Really loved the game, but can you make some different types of infected?

Hey deew,
Thanks! Adding different enemy types is definitely something I'm interested in. You'll most likely see some type of new enemy in the not-so-distant future :)

This is a pretty fun game, I had a blast playing it with a friend for a bit.

Thanks a lot ArguedGlobe, glad you enjoyed!

Some quick things that may/ may not be changed in the update I hear is happening soon...

Well built atmosphere, it was a little... unnerving.

I liked being able to use weapons, open doors, control units, look at cameras and knock over chairs

I found the learning curve steep, even with the tutorial.

I see a lot of potential here, this game was better than (ah, just about) every horror based game I've played!

1. Sometimes the infected seem to 'glitch' through a closed door.

2. Chairs and other décor objects can be pushed through one another.

3. The game usually froze (for me) after I had picked what type of units I was going in with.

4 Engineers seem stronger than assault. (seem, I might have just gotten lucky)

5. The player could use a nice buff, I felt that I was a bit weak when it came to Hp and speed.

7. The big screen in the control room could be a bit bigger.

8. A timer until rescue as part of the UI, better ammo gages, information of gunshots/ enemies nearby on the UI.

9. Some kind of Hp regen for units/ doors. (Or reparable doors and a medic unit/ item)

10. This is probably the most cliché thing that developers read but... (Here goes nothing...)

-(Décor only) Doors that lead to the outside.

Hey Shadow,
Wow, thanks for the feedback! Those are all really awesome ideas, I definitely agree with most of them and may be able to act on some of them with the upcoming update.  Honestly, I get the "more maps, more weapons, more units" feedback often but I never get tired of hearing it because it reassures me that the game should go in that direction. Plus I like hearing peoples ideas for weapons and stuff, it's interesting. I'd really like to add a narrative/campaign too, that's something I've put a bit of thought into.

If you have any other ideas or anything, feel free to let me know :). Thanks!

get hyped for the update also join the discord below V

Still needs a ton of updates for fixes and cool stuff added to the game.

Thanks for the feedback! I'm hoping to address a lot of the bugs and issues with an update I'm currently working on. There's a lot of cool features and content planned but not yet developed as I'm currently attempting to fund the game. If you have any suggestions feel free to visit the Discord server! Thanks a lot for playing :)!

my heart is big and my eyes are warm

This game is sick! Me and my friends are having a ton of fun with it!

Join the discord or die heathens

I made this account only to say how good of a game this is! I'm absolutely obsessed with Control Room! Honestly Cajji, this is amazing! I do have one question- Is there an official Discord for the game? I'd love to find more people to play with. Your game is amazing, and keep up the great work.

Hey Anakin, that's super awesome to hear! I had honestly been considering making a Discord server, but was worried the game might not warrant it- but after your comment, I've decided to create one and link in the description :).

Thanks again for the kind words, I appreciate it!

can someone play with me

What are the system requirements?

Hey Overkill! Sorry about the late response. I haven't figured out definitive system requirements, but you should be fine with a decent video card. You can also turn down the quality settings from the main menu- if you're playing online I recommend leaving lighting quality on high.

Amzing game. I love it. but it freezes and crashes alot.

Thanks a lot MasterGamer! I'm not sure what might be causing the freezing and crashing- I have experienced some issues myself though. I hope it doesn't make things to difficult for you to play, but if it does let me know :).

Heh, I thought about it but it'd probably take away from the spookiness.

Doesn't have to be scary on Christmas

My MacOS High Sierra was having a lot of difficulty playing. I was lagging just by opening the game and I could barely move when I hit "Play." (It was kind of fun tho because I had to survive with 1-3 fps!) My Mac book is a Late 2009 with a 2.26 GHz Intel Core 2 Duo Processor and NVIDIA GeForce 9400M 256 MB Graphics and I really would like to play this game lag free. Could you try to make the game less laggy so I can play? If you could that would be Great.

Edit: Is the Multiplayer limited to the operating system you use or is a Cross-platform?

Hey Sheep!
Optimization is definitely an issue with the game, even good PCs might have fps drops. I haven't had much time to work on the game lately, but am hoping to one day fix these issues :). You should be able to play multiplayer cross-platform, although I haven't tested it myself.

I hope you can update the game soon, and if it is cross platform that would be great. That's all!

This game is amazing and freaky. I am still figuring out the mechanics of it all. This game, has huge potential. It already is fun as heck. I can't help but notice that the zombies take similarity's to the Zombies in I Am Legend. Very fun game, keep up the amazing work.

Thanks a lot Beorn! I can see the similarity now that you mention it LOL

what a fun suspenseful game!!! i wish my engineers worked i find im going out doing all the work! Also need a way to refill ammo once i run out that's it! need to be able to make or get more somehow so game can go on!

Thanks for the feedback, matrix!

For the Engineers, you'll have to direct them towards broken transmissions and they should take care of the rest, although they could probably be a bit smarter. I've gotten complaints about not being able to replenish ammo from friends as well, so I may be releasing an update in the future to address this. Thanks for playing :)! 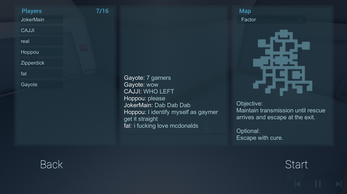 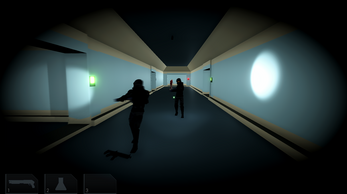 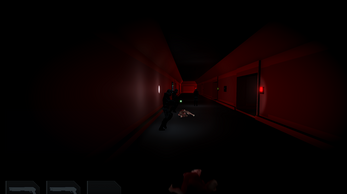 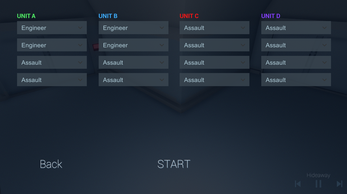 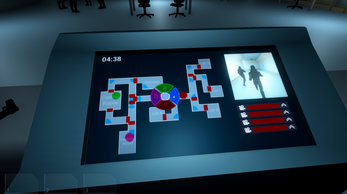 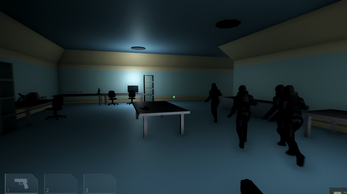 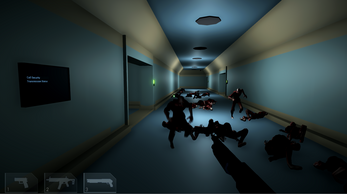 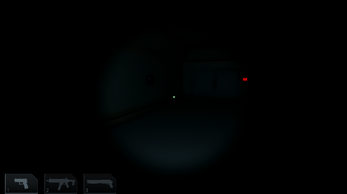 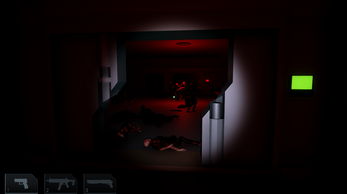