It's just a demo but I'm already IN LOVE!! <3  And I can tell from the dialogues that there will probably be a deeper lore in the future... Here are a few bugs I've encountered though and some suggestions:

Bugs?:
- My first playthrough, a bug happened where you go through a conversation state but there is no dialogue resulting in you getting stuck there. I had to restart my game but it's no big deal, I wanted to do that anyway...
- Second Playthrough, I made my character name to "Akwi". I played, finished the tasks, played some more and saved. When I came back the next day to continue playing, my character name was referred as "Duck" by the villagers and the bulletin.


Suggestions:
- Be able to aim bow while moving

Those are just the suggestions I can think of right now because I'm pretty sure you already have many great plans for this game in the future! Keep up the awesome work devs! <3

i just downloaded this for my macbook air and everytime i try and open it, it just says "Lil Tribals can't be opened." :((( was really excited to play this game

i played this game and i love it, but  when the villagers are hungry i cant feed them(? i give to all the villagers some meat but they dont stop complaining about food, they dont work, they dont do anything:((

This little demo is so nice and pleasant. Runs well on linux as that is the system i use. I do suggest adding a quit game option either in the in-game menu or on the main screen because quit just takes me to the main menu to start a new tribe (or ig load if i had saved anything lol). I love the little interactions between the villagers. RN i would just love to see extra buildings or allow us to build multiple of the same thing to continue the game more. Also roads and maybe a way to tame the boar to use them as beasts of burden or something. All in all tho great demo.

I love this game so much, such a cutie game. Hopefully soon the full game will come. 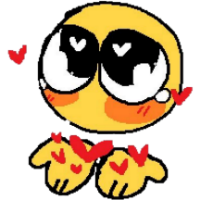 I didn't know this was just a demo but it's absolutely adorable, i really liked it and i hope to play a full version sometime.
My only complain is that the lil characters walk too slow, but besides that everything else is great !

had a lot of fun playing the demo and im def looking forward to whatever else you add to the game :). it was very soothing and i loved the sound effects.

So cute, can't wait for the update. I'm not sure to what extent the lil' tribal's personalities play in the game, but I'm hoping they end up affecting the culture of the tribe.

P.S. the lil' tribals are SO CUTE

this was wonderful!! i super like all the ways the villagers interact with each other and the player! ^o^

I can't get passed the tutorial...

game runs very slowly but idk might just be my computer.

you just have to press shift to run LMFAO

that doesn't help when the game is running at like 1fps

I try your games!

Looking for next updates! I love this game :3

me too even tho i have finished everything i need more

I think it would be fun to choose what mask you wear. it's very fun! my only problem of course is the camera is just annoying to turn. I can't wait to see where this goes!

Needs a camera button so you don't have to aim the bow to move the camera.

probably already in the works, but fishing and farming would be cool.

Super cute crafting/building game! The tutorial was easy to follow.

Would love more customization, different hair and stuffs you know! =]

The running animation and art style are absolutely lovely.

I will say I noticed a lag when chopping wood! Here's hoping for more!

is the full game free? or is it gonna be posted to like steam?

So, I keep running into an issue during the tutorial. I have the Windows version. I've tried to pass the tutorial several different times and I keep getting stuck after I complete the billboard. Once I put in the final log and the full structure appears, my character goes to Jamu wherever he is and stands in front of him. Then my character and Jamu just stare at each other. No dialog pop-ups, no prompts. I can rotate my camera and access the pause menu to quit, but other than that I'm stuck.

I really want to play this game because it looks fun and interesting! Can you please help me solve this bug?

when will there be a update for windows :( i love this game so much and i already did all the objectives

Even though I set the graphics to "Very Low" while it's in pre-launch state, it doesn't change the graphics

I sont know if there is a way to change the camera angle but the constant birds eye view is really straining. Other than that, this is the kind of game I can spend hours on without even noticing. I can't wait for the full version

Hey moonsquid,
Unfortunately you can't change how the camera controls :(, but you can "fake" a 3rd-person-view if you zoom in all the way using the scroll wheel and then rotate the camera using 'Q' and 'E', or by moving the mouse while holding right-click.

i still cannot open it on Mac, if you could help me please because i really want to play it and :c

Hey natsukoshii,
Good news! I've figured out how to open it using a Mac (assuming that you're getting the error saying "The application "Lil Tribals" can't be opened." Bad news is that it's so many steps that it would be too much to type up, so I'll have to summarize with links.

The Lil Tribals app may need to be dragged onto the Desktop, but I'm not certain if that's required.

2. Navigate to the folder containing the Lil Tribals app with the "cd" command
https://www.macworld.com/article/2042378/master-the-command-line-navigating-files-and-folders.html

At this point you should be able to open the app, but it may say "Lil Tribals cannot be opened because the developer cannot be verified." If so, you can either enter "sudo spctl --master-disable" into the terminal to allow all downloaded apps to be opened, or you can follow the steps in the thread below:
https://forum.unity.com/threads/clang-cannot-be-opened.759941/

Hopefully this helps, let me know if you have issues!

thanks so much!!  im gonna try it, thanks for the help! ♡

I am the type that get dizzy easily with this kind of simulation-moving game, but oh boy, this game defy all sickness! It is too cute and I like it.

I like this game alot please keep working on it I want the full version please!!!!

This game is so cute

i still waiting for future update this gam

Thanks for the support Kacyu!
Unfortunately the game has been put on hiatus for the time being. We are still interested in completing the game, but are working separate jobs at the moment while we individually establish ourselves in the industry.

Super cute and quirky. Looking forward to the full version.

The game is great so far, expecting more content :)

I can't seem to open the Mac version with OS Catalina 10.15. Is it only compatible with the older versions?

I think the issue may be because I built the Mac version on a Windows PC. I'm going to try fix this, but for now you can try this: https://stackoverflow.com/questions/50577473/unity-game-compiled-in-windows-doesn-t-open-in-mac

Thanks for your quick reply!! I still cannot get it to work sadly. I did do a quick dive into the files and there might be an issue with the ../contents/resources/data/managed directory. All the files in there are .dll files, which Macbooks can't read -_-

Anyways hope that helps a little! And good luck, looking forward to playing the game :D

Thanks for the help Alex! I'll let you know if I'm able to fix it!

OS Catalina seems to be a struggle to develop for, even installing Unity is a challenge LOL

Hey Alex, sorry this response is so late, but I believe I've figured out the solution! You can find it in a reply to one of the latest comments.

I tried it and it's working :D Thank you so much!!

This game was great! The only disappointing moment was when I couldn't build anymore.

I wish that your character would run just a bit faster, and it was frustrating that I couldn't rebuild anything (I deconstructed my eating area, but then couldn't build it again). There is seriously great potential in this game though. Great job.

will there be a mac version made? :0

Hey LingLing_Artsu, sorry about the late reply! We actually started working on a mac build after reading your comment, but it's available now!

Let us know if you experience any issues :)

I love it!! Was there any funding or anything I can do to help out cause I wanna play more of this

Unfortunately we don't have a source of funding at the moment and have put the game on hold for now, but are hoping to return to it soon!